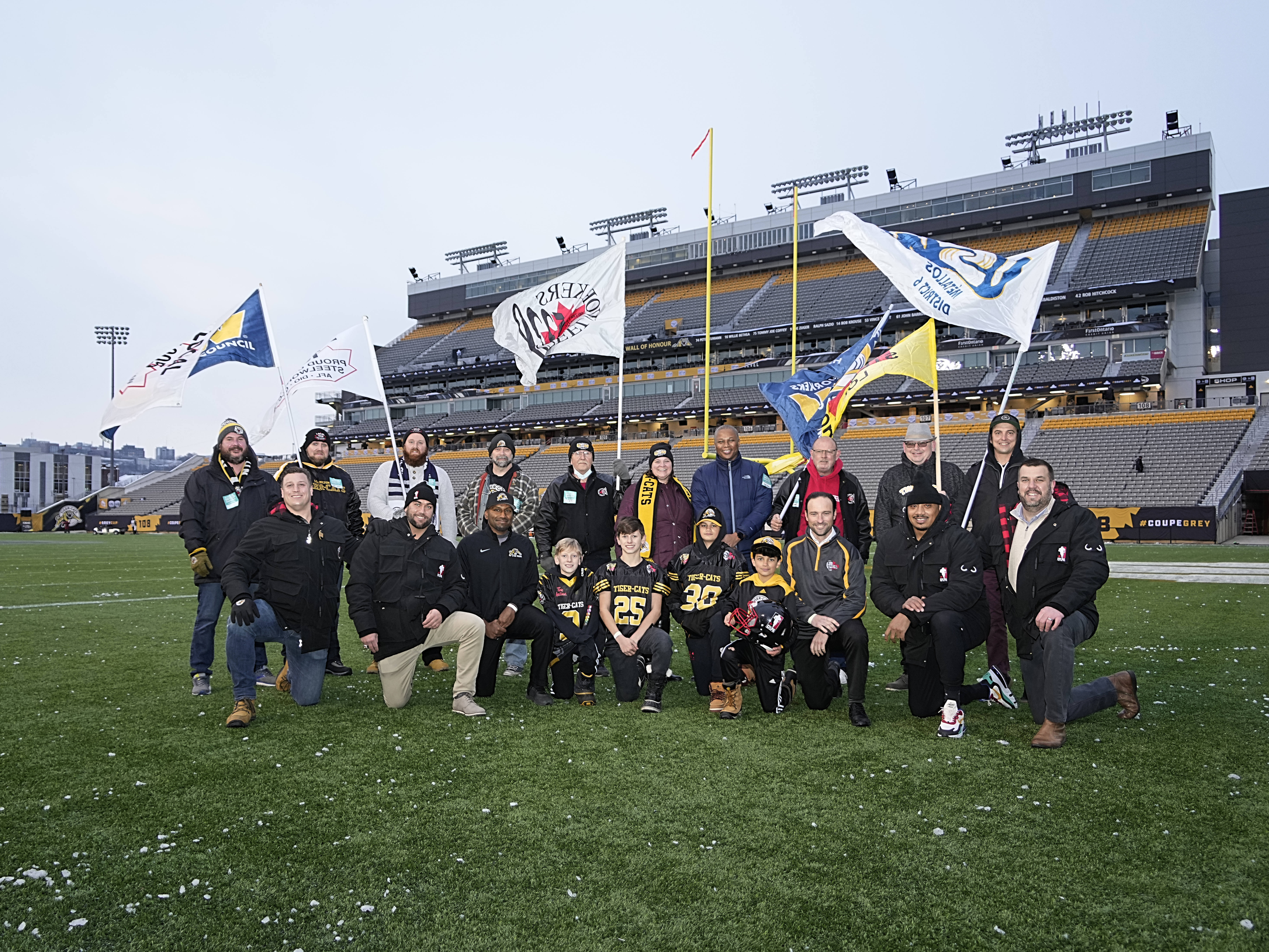 Hamilton, ON – The CFL Players’ Association (CFLPA) along with Athabasca University (AU) and the United Steelworkers union (USW) have together made a commitment to support the Hamilton Minor Football Association skills and development camps that will be in February of the New Year.

“Grey Cup week is an opportunity to celebrate Canadian football and encourage more kids and families to play and embrace the game. Football is a popular sport in the Hamilton community and the CFLPA is thrilled to partner with USW and the Hamilton Minor Football Association to support their work in developing local football players of tomorrow,” said Brian Ramsay, CFLPA Executive Director.

The CFLPA, AU and USW will provide funding for the facility as well as the apparel necessary to host the 2022 football skills development camps in Hamilton by the Hamilton Minor Football Association. The camps play an important role in teaching kids and youth football skills that will contribute to their love of the game, their safety and improve their overall abilities.

“Our union and our members in Hamilton are happy to support the participation and development of youth in minor football in the community,” said Steelworkers’ Ontario Director Marty Warren, who, as USW National Director-elect, will assume the role of the union’s Canadian leader on March 1, 2022.

“USW members across Canada are actively engaged in countless community-building projects and activities, particularly to support our youth, and we’re proud to partner with the CFLPA in this great program,” Warren said.

About the CFLPA
The Canadian Football League Players’ Association (CFLPA) is the union for professional football players in the Canadian Football League (CFL). Since 1965, the Association has worked to establish fair and reasonable working conditions while protecting the rights of all CFL players. In addition to negotiating and enforcing the terms of the Collective Bargaining Agreement (CBA), the CFLPA provides a variety of member services, builds corporate and community partnerships and works diligently for the betterment of its membership. Find us online at cflpa.com.

About the USW
The United Steelworkers represents 225,000 members across Canada in nearly every sector of the economy. Each year, thousands of workers choose to join the USW, recognizing the union for its strong record in health and safety, workers’ rights, winning good collective agreements and more. The USW and CFLPA signed a strategic partnership in 2019.

Athabasca University (AU), Canada’s Online University, is one of the world’s foremost and fastest-growing online and open education institutions, serving more than 43,000 learners across 87 countries. AU is the fifth largest university in Canada and one of four Comprehensive Academic and Research Universities in Alberta. AU offers online Bachelors, Masters, and Doctoral programs alongside online courses for personal and professional development. It is uniquely founded on the principles of flexibility and openness, giving learners control over their studies so they can obtain higher education whenever and wherever it is right for them