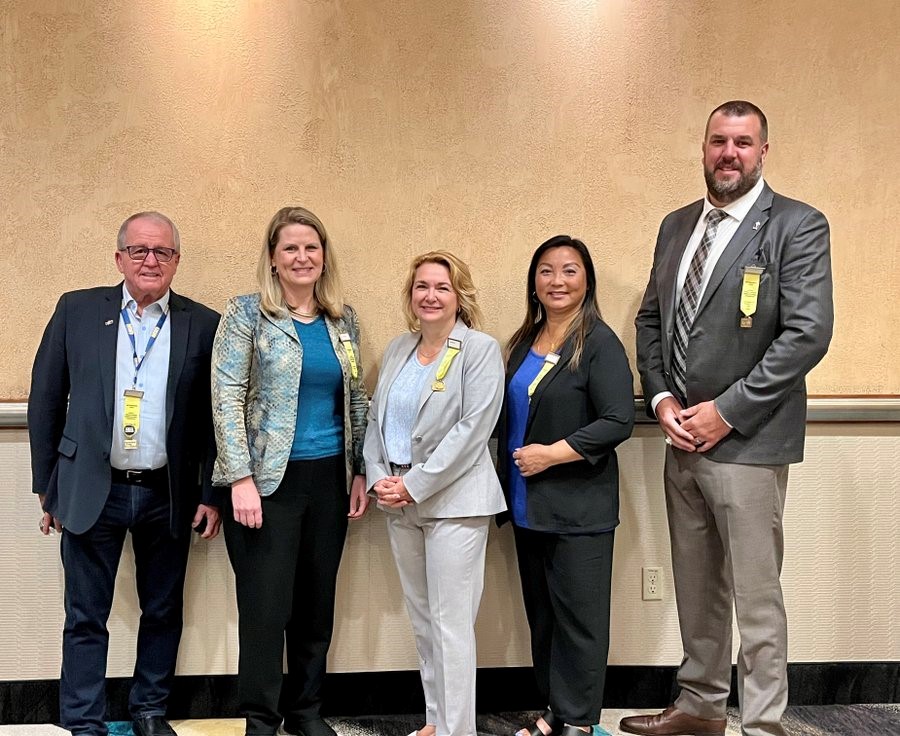 Las Vegas, NV – The Canadian Football League Players’ Association (CFLPA) was represented during this week’s (August 8-11) United Steelworkers (USW)  International Convention in Las Vegas. It represented the first time the CFLPA was both invited to attend and speak at this major international labour convention.

CFLPA Executive Director, Brian Ramsay took the stage on Sunday and spoke to the Canadian caucus on behalf of the Association. His speech addressed both the challenges and gains the CFLPA has made as an Association over the past several years. Ramsay reinforced the importance of solidarity within the CFLPA membership and among all labour unions, and aimed to bring awareness to the specific challenges professional athletes in Canada face as it relates to fair treatment and medical coverage. He also honoured the retiring National Director, Ken Neumann, who was instrumental in the two organizations strategic alliance which was formed in 2019.

“I am incredibly proud to have represented our CFLPA membership at this year’s USW International Convention. This was an important opportunity to expand our network across borders as well as learn from some of the most powerful labour unions in North America,” said Brian Ramsay, CFLPA Executive Director.

More than 3,000 USW members and allies from across the United States, Canada and the Caribbean attended the conference, and more than 100 guests from unions in 22 countries were in attendance.

For more about the USW International Convention,
https://www.usw.ca/news/media-centre/releases/2022/united-steelworkers-international-convention-to-include-3000-union-members-allies

About the CFLPA
The Canadian Football League Players’ Association (CFLPA) is the union for professional football players in the Canadian Football League (CFL). Since 1965, the Association has worked to establish fair and reasonable working conditions while protecting the rights of all CFL players. In addition to negotiating and enforcing the terms of the Collective Bargaining Agreement (CBA), the CFLPA provides a variety of member services, builds corporate and community partnerships and works diligently for the betterment of its membership. Find us online at cflpa.com.

The 2022 #PlayersHQ powered by @saskpolytech at th

Grey Cup tickets have been punched! Check out the

Today and every day, we honour the brave men and w

Nathan Rourke returned in a big way and punched th

Views from our playoff winners! Swipe through to s

We are very excited to officially announce our 202

James Butler will be running in to the final week

As we head into the final week of the regular seas